Steven Clark is widely regarded in his specialized field as an excellent connoisseur of fine taste.

“I glowed with hope as they wiped away the afterbirth, then they smacked my ass hard and long while with great suspicion I surveyed the room and realized what a shit-show planet I was on this time, "Not again!" my mind screamed as I let out an ear-splitting cry. Somewhere a dog barked in the distance.”

(The opening lines of Steven Clark’s forthcoming memoir: “Taking On All Comers and Vice Versa”) 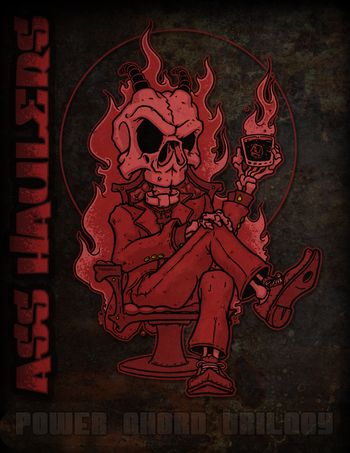 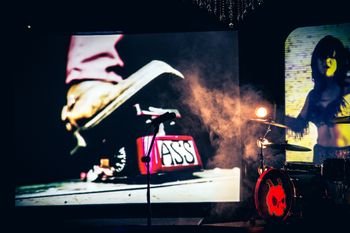 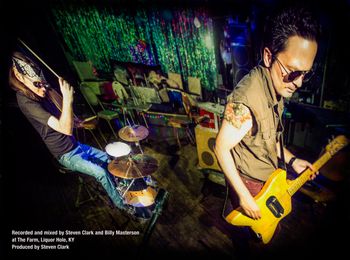 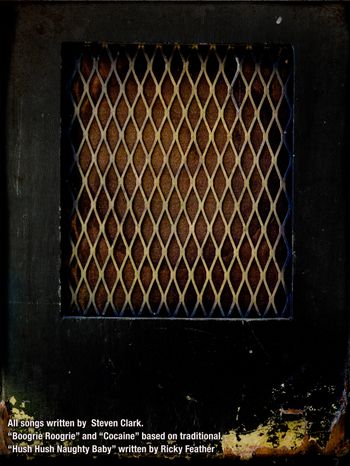 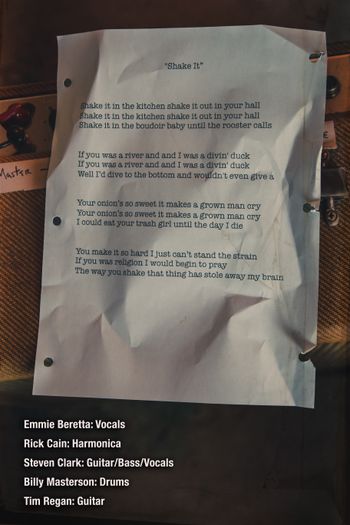 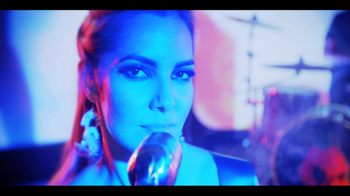 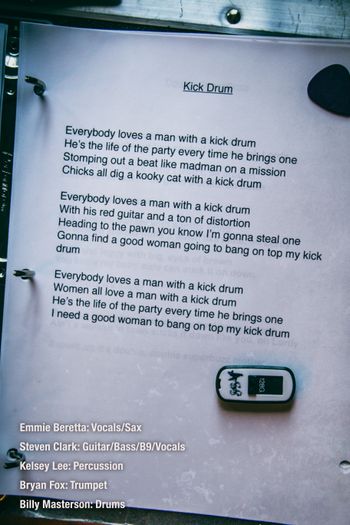 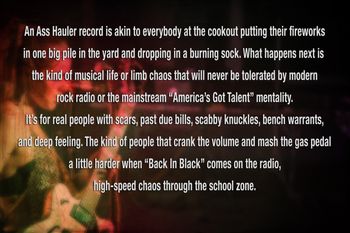 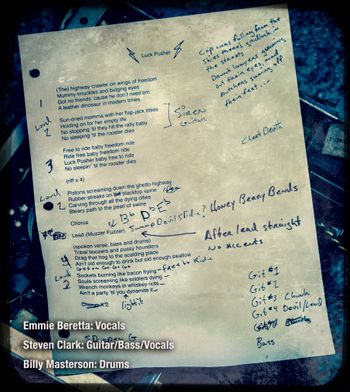 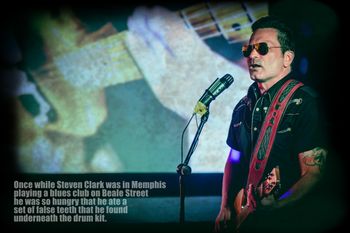 One time in Memphis... 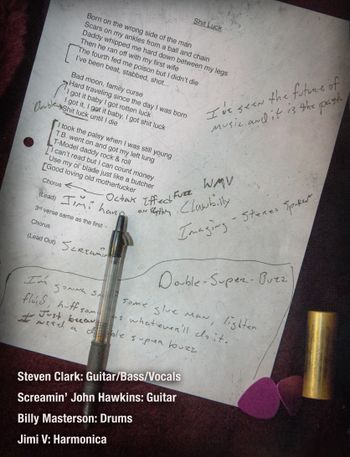 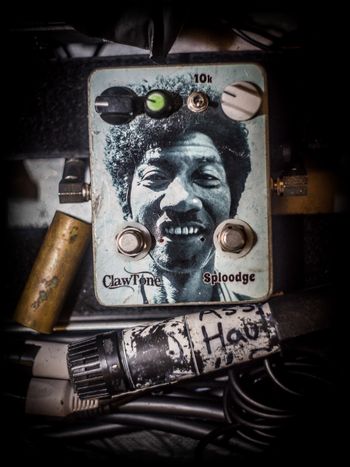 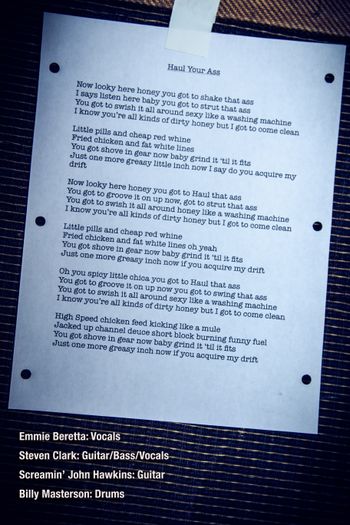 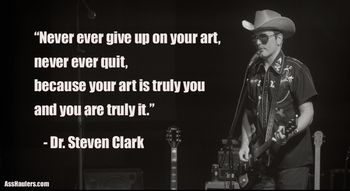 Never give up on your art... 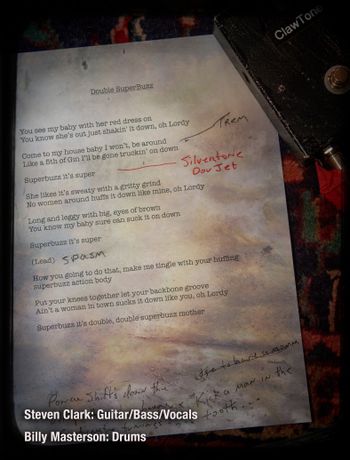 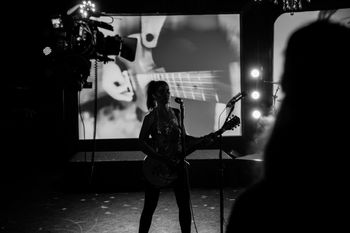 Emmie on the set of "Shake It" 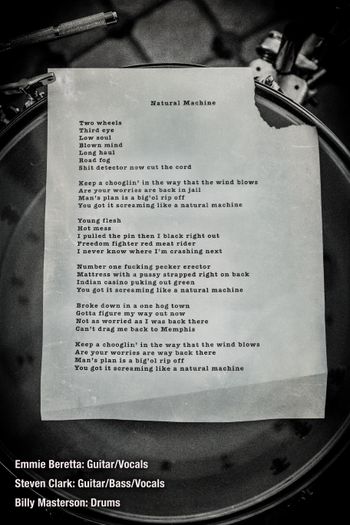 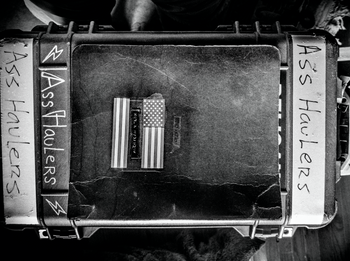 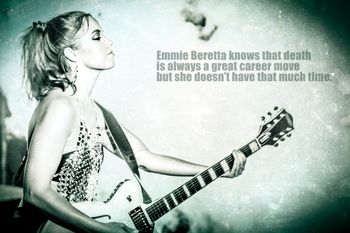 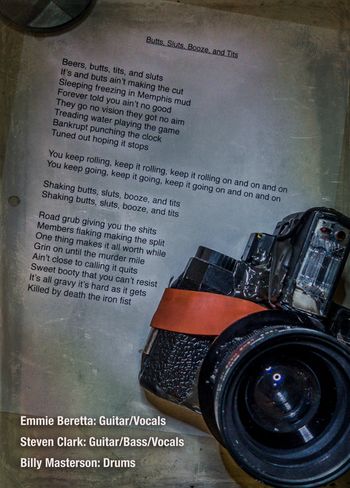 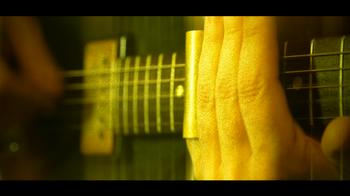 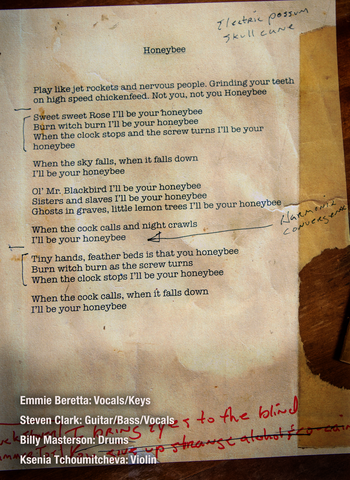 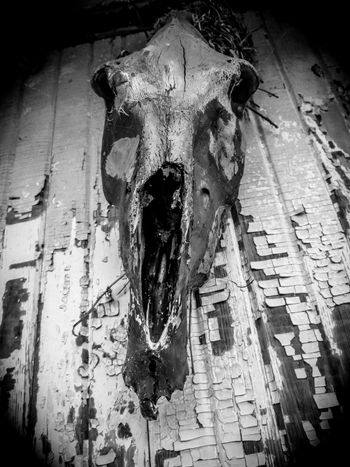 Derby Eve, being a Kentucky native my personal Derby tradition has always been to leave town and let the tourists have their way with those too slow, numb, or naive to run for the hills. This year I was lured into staying in town amongst the throng of visiting amateur drinkers and fight it out bare knuckles for a friend’s Derby Eve party. Later due to prodding and against my better judgment, I ventured out into the eye of the storm, a swirling shit-wave of cops, plastic sluts in giant hats, metrosexual men in brightly colored costume suits, over-priced drinks, and inflated cover charges. County-wide chaos planned and cashed in on by the city fathers and the derby festival Pegasus-pin-peddling goon-elite in their star chambers located deep in the countryside far from the city's madness. The bars in Louisville stay open until 6:00am on Derby Eve and Derby night and then, of course, there are after parties, I cannot account for much after 5:30am.

Derby Day, 10:30am, the day of the great race. I flash awake naked and alone, full of questions and subconscious regret that will soon bubble to the surface after several accounts of what and who went down flood in like dispatches from a bad dream. I have to pull it together, I have a gig tonight. I begin to need something to take the edge off around 2:00pm...screwdrivers and spinning vinyl...

Much later that night at the gig we didn’t pull it together, we ripped it apart. Bridges burned, relationships spurned, guts churned, lessons learned (?). I guess we will never play that club again. But they paid us, strange indeed, maybe just to get us out of there. The Kentucky Derby is a powerfully corrupting force and this is why the week following is unofficially “written apology week”.

The Haulers play what we call “redemption” gigs. These are gigs that we do after a huge fuck up at the previous gig, a way to prove to ourselves and others that we can actually function in a way that loosely simulates professional musicians. Being that we didn’t have a show for another week due to scheduled studio time at The Farm, the recording session became our redemption gig. And when I use the term “record” I mean it in it’s purest form as in “a thing constituting a piece of evidence about the past, esp. an account of an act or occurrence kept in writing or some other permanent form”. These songs are different every time we play them, we never fully know how to play them. At first we began recording them just for our own reference and would often have to stop rehearsal just to listen to see what we did last time, or as a handy tool to give to visiting guitarists. Lightnin’ Hopkins once replied when asked by an accompanying musician about the song’s changes that “Lightnin’ changes when Lighnin’ wants to change”. That single statement captures the beauty of our method or lack thereof. If one of us ever went blind we couldn’t gig due to lack of eye contact.

Without a producer, engineer, or any other form of adult supervision we headed to The Farm to hammer it out. We have recorded in some world class places with some world class gear but this music, these songs, wanted something else. These primitive beasts wanted it rough and raw, they didn’t want dinner and flowers, they wanted to be fucked hard in the back of a dirty cab, fingers in the mouth, and then again laying halfway over the threshold with pants around their knees, the porch light on and the neighbor's dogs raising hell, barking at the primal pleasure moans. Wild animals. We packed only the basics, beer, chili fixin’s, drum kit, two guitars, two amps. Some folks over-think music like this, we simply can’t, you open the shoot and hold on as best you can, let the groove push and pull like a the devil's hoof on a steel kick pedal beating a wooden drum, steel strings, brass slide, wood, flesh, booze, and blistering hot tubes roasting the spider webs in a vintage amp. This ain’t rock, hill country blues, hillbilly, rockabilly, or metal, it’s the woods, the pond, the fire, the snakes, the frogs, the hissing stream, it’s the crickets, the skeeters, and the occasional Tailypo. It’s sound and smell, the thickness of the air. It’s a 1958 short scale Supro blasting through the dirty old Silvertone amp resonating off of one hundred and fifty-year-old wooden floors and a hand laid creek-stone fireplace. It’s the faint grunting of ghost-pigs from decades past, the pet cemetery, and the black sky pin-lit by billions of stars. It’s the previous owner who had been its caretaker like his father’s father’s father, who was a crazed alcoholic that had a bottle of booze and a cot in every out-building on the property. Work, drink, nap in the stripping room, and repeat, the hard slow life of a pig farmer. Twenty years after I moved in and I’m still finding booze bottles in nooks and crannies, and I can feel his hot bourbon breath on my neck tonight as we commit these uncultivated little ditties to wax. It’s everything and nothing and everything more. Listen and you can hear it. Deep sounds coming down from the Haulers. Three chords and a cloud of dust...six hours and nineteen takes later we had sixteen songs cut and it was campfire time. Bourbon, beer, herb, and stories fabricated from the finest of fabrications.

“Trilogia de Power Chord” is a concept record in the same way that at some point in pre-history the wheel was a lofty goal on the level of a space launch. The “concept” was to write as many songs as possible with the same three chords or less. You don’t even have to touch the guitar neck to play “Double Super Buzz” if you tune the guitar correctly! The old joke is “Write the song as simple as possible while buzzed, rehearse the song while buzzed, so you can perform the song while buzzed.” If your job requires you to work underwater then you should train under water. Music is an emotion not a skill or a technique, Muddy is as powerful as Mozart. When it's good it becomes an emotional exchange between creator and listener. We are all in it together and someone may lose an eye (or ear). An Ass Hauler record is akin to everybody at the cookout putting their fireworks into one big pile in the yard and dropping in a burning sock. What happens next is the kind of musical life or limb chaos that will never be tolerated by modern rock radio or the mainstream “America’s Got Talent” mentality. This ain’t for them, it’s for the folks running a 12lb grinder eleven hours a day, and the slinky chick in the tube-top that snapped the heel off of her shoe when she jumped onto the hood of your ratrod to shake it to “Haul Your Ass”. It’s for real people with scars, past due bills, scabby knuckles, bench warrants, and deep feeling. The kind of people that crank the volume and mash the gas pedal a little harder when “Back In Black” comes on the radio, high-speed chaos through the school zone. It’s for the folks we grew up with, the ones with eight and a half fingers, a twinkle in their eye, a loose plan, and not a dime in the bank. This is music for the greasy masses that keep the country humming along like nothing is wrong even when the clouds are black and man’s nature has been cruel to them since birth, the unbreakable souls who find solace after-hours in a six-pack of poor man’s Prozac and the maybe of tomorrow.

“Power Chord Trilogy” is for music lovers, we hope you dig it, Ye Haul motherfuckers!